Android now has its own 'Modern Warfare' 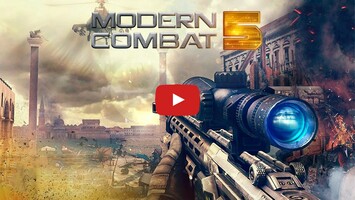 Advertisement
Modern Combat 5 Blackout is a first person shooter inspired by the Call of Duty saga. It also has a spectacular single player campaign mode, as well as a powerful online mode for a good number of players.

The campaign mode, as in all the Call of Duty titles, offers a very cinematographic experience in which you can visit many different scenarios and fight hundreds of enemies controlled by the AI. You have to shoot down helicopters, use machine guns, use melee weapons, and much more.

In the online mode in Modern Combat 5 Blackout you don't play such spectacular scenarios, but you can fight other players in teams on the Internet. As it's usual now in this genre, each player can choose its class (there are four different ones), and level up its character. Before combat you can customize your team, unlock new weapons, improve the ones you have, change how your character looks, etc.

Modern Combat 5 Blackout is a spectacular first person shooter in every aspect. The only drawback is that because of its impressive graphics and the number of characters playing and explosives on the screen, it tends to have a slow performance even on the most powerful Android devices.
Reviewed by Andrés López

hmm, the boot screen at startup with the inscription 0 mb out of 0 mb ... great, I wanted to install but the hell is there Plants Vs Zombies 2
The most enjoyable zombies return to Android
Scary Neighbor 3D
Make life hard for your terrifying neighbor
Scary Teacher 3D
Escape the terrifying teacher!
Fate/Grand Order
The world is ending and there's only one way to save us all
Monster Farm: Happy Halloween Game & Ghost Village
Put together your own frightful farm
Warhammer Combat Cards
Card duels in the Warhammer 40,000 universe
Death Park 2
This terrifying clown will never give up
Mr. Meat
Rescue the girl and get rid of the psychopath